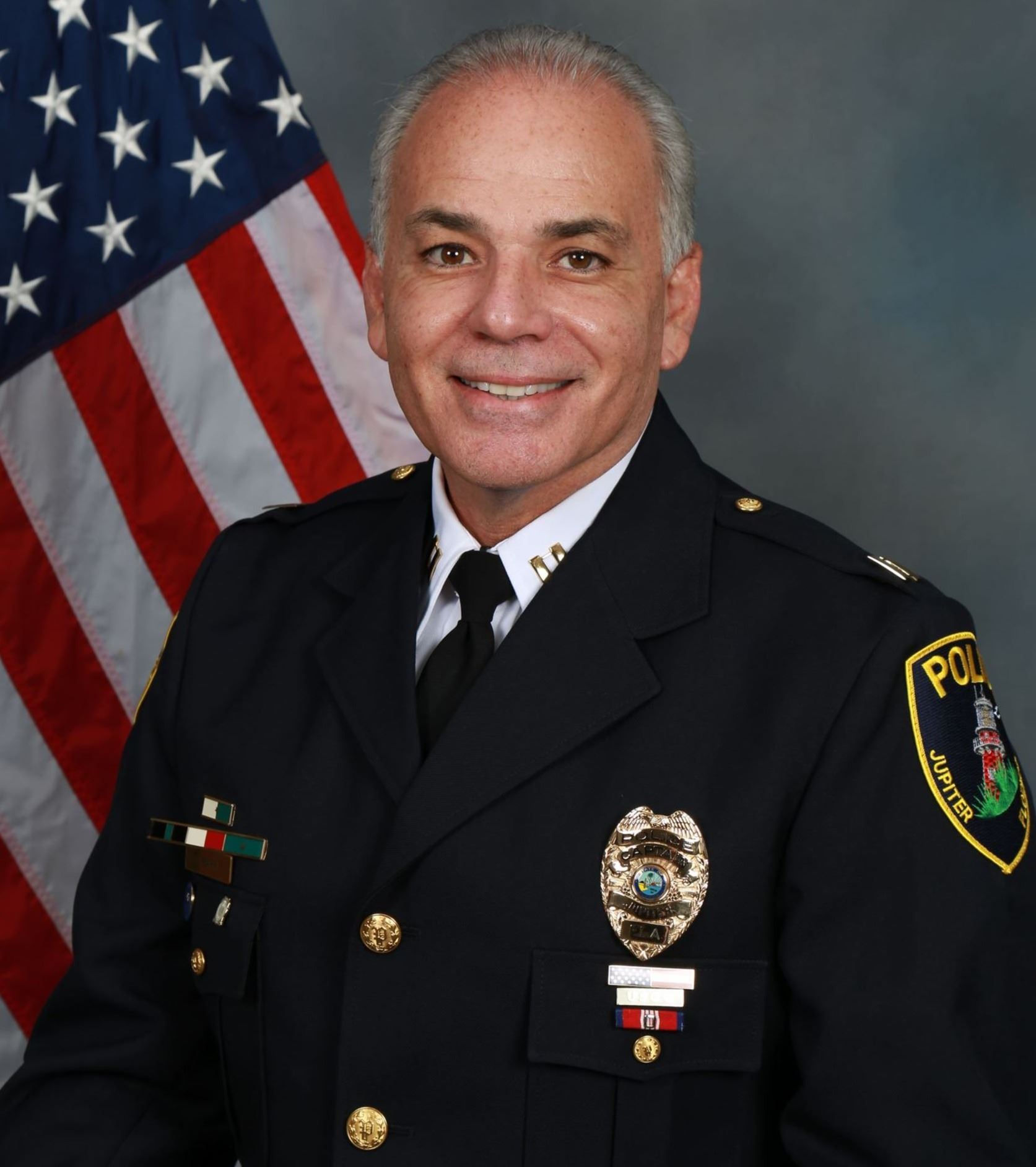 Captain Barry serves as a District Commander for the Jupiter Police Department, and is assigned as the Road Patrol District 1 Commander.

Captain Barry began his career with the Jupiter Police Department in 1995. After joining the Jupiter Police Department he was promoted to the rank of Sergeant in 2009, and then he was promoted to the rank of Captain in 2016. His prior assignments include: Marine Unit Officer, Assistant SWAT Team Commander, SWAT Sniper Team Leader, and supervisor over Road Patrol, K-9 Unit, Neighborhood Enhancement Team (NET), Traffic/THI Unit, and S.R.T.

Captain Barry is a U.S. Coast Guard Veteran and holds an Associate in Arts Degree from Palm Beach Community College, and Bachelors of Arts Degree in Public Administration from Barry University. 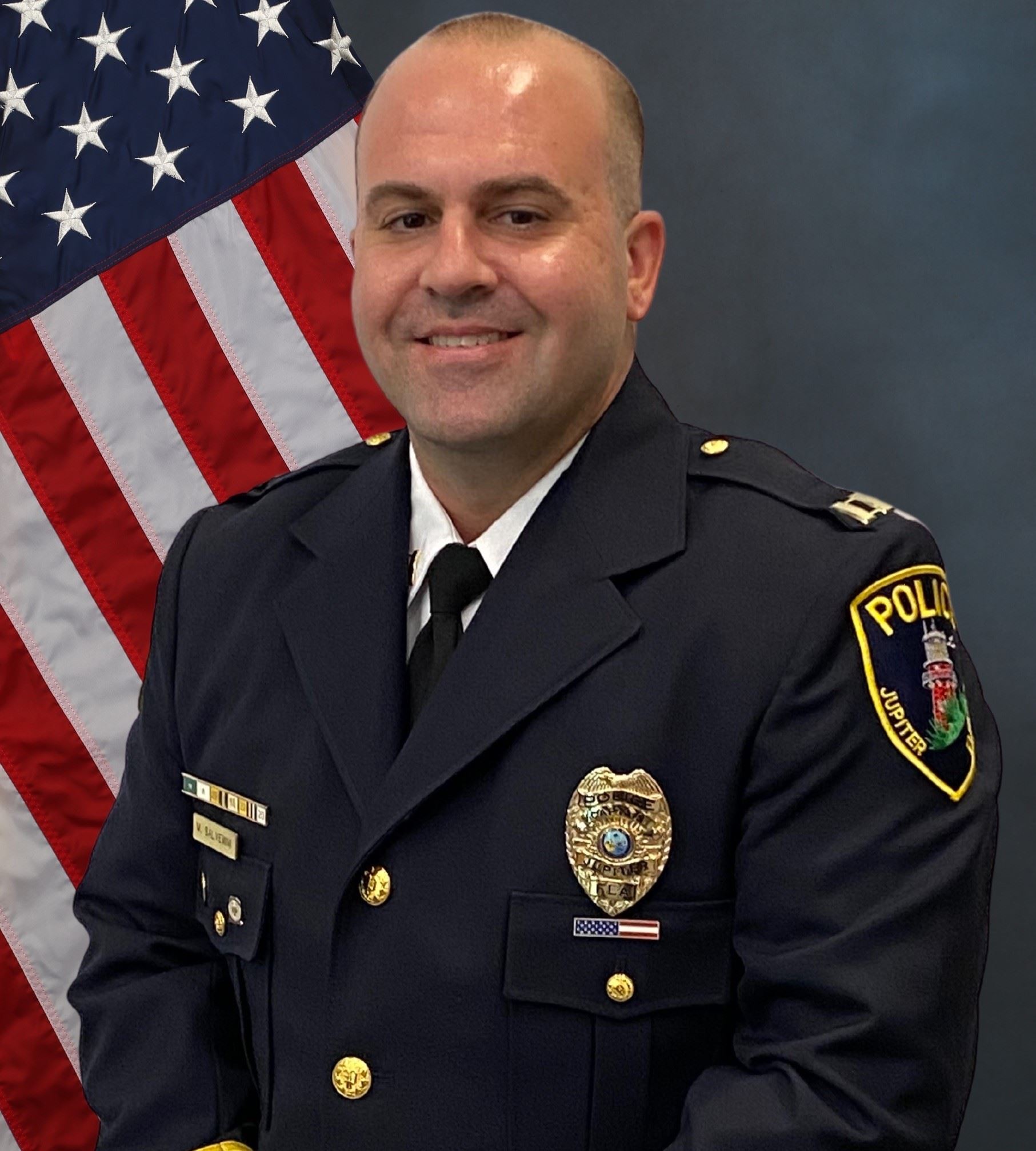 In October 2009, Captain Salvemini began his career with the Jupiter Police Department after completing the Pasco- Hernando College Law Enforcement Academy.  Since joining the department, he has served as a certified Traffic Homicide Investigator, Field Training Officer, Corporal, and completed many specialized training classes throughout his career.  In 2018, Captain Salvemini was promoted to the rank of Sergeant and has since supervised Road Patrol, the Traffic Unit, Beach Unit, and Marine Unit.  Captain Salvemini holds a Bachelor’s Degree in Criminal Justice from St. Leo University and a Master’s Degree in Public Management from Nova Southeastern University. He also serves as a Pension Trustee for the department. 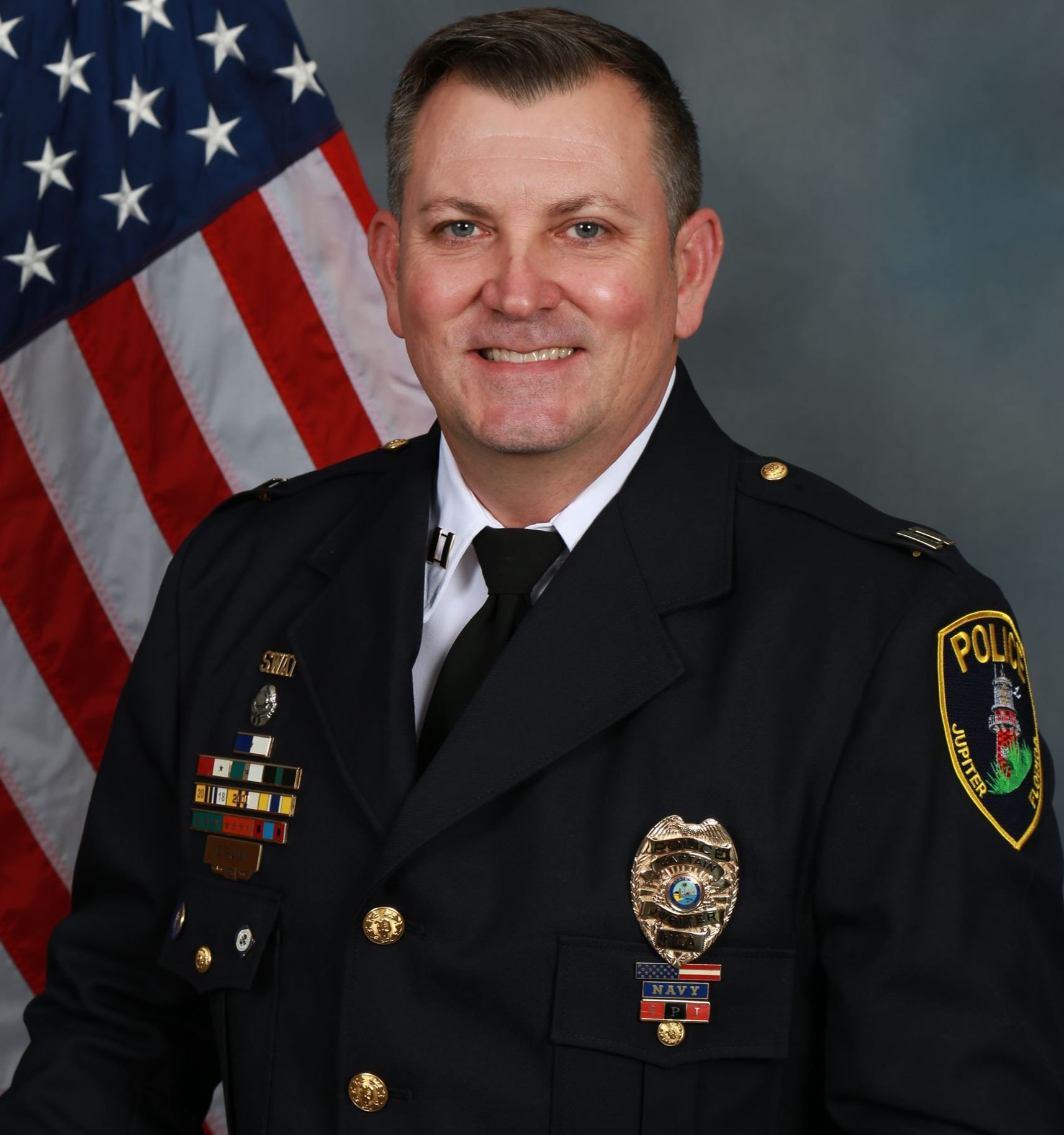 Captain Bill Allen serves as a Command Staff Officer for the Jupiter Police Department and is assigned as the District 3 Commander, supervises road patrol day shifts and is the Commander of the Emergency Field Force Team.

After serving in the United States Navy, Captain Allen began his career in Law Enforcement with the Palm Beach County Sheriff’s Department in 1993. After joining the Jupiter Police Department in 1996, he was promoted to the ranks of Field Training Officer, Sergeant, and then to Captain in 2019. His prior assignments include: Patrol Supervisor, Criminal Investigations Division Supervisor, Fleet Administration Services Supervisor, SWAT Team Leader and Underwater Recovery Team Supervisor.

Captain Allen holds an Associate in Arts Degree from Palm Beach Community College, a Bachelor’s of Arts Degree in Education, Training and Development from Southern Illinois University and a Master's Degree in Criminal Justice from Boston University.  Captain Allen is also a graduate of the 51st Session of the University of Louisville’s Southern Police Institute Command Officers Development Course, the Florida Leadership Academy and the FBI/LEEDA Trilogy.