Chief England was born and raised in northern Palm Beach County and began his career in law enforcement with the Largo Police Department in 1994. 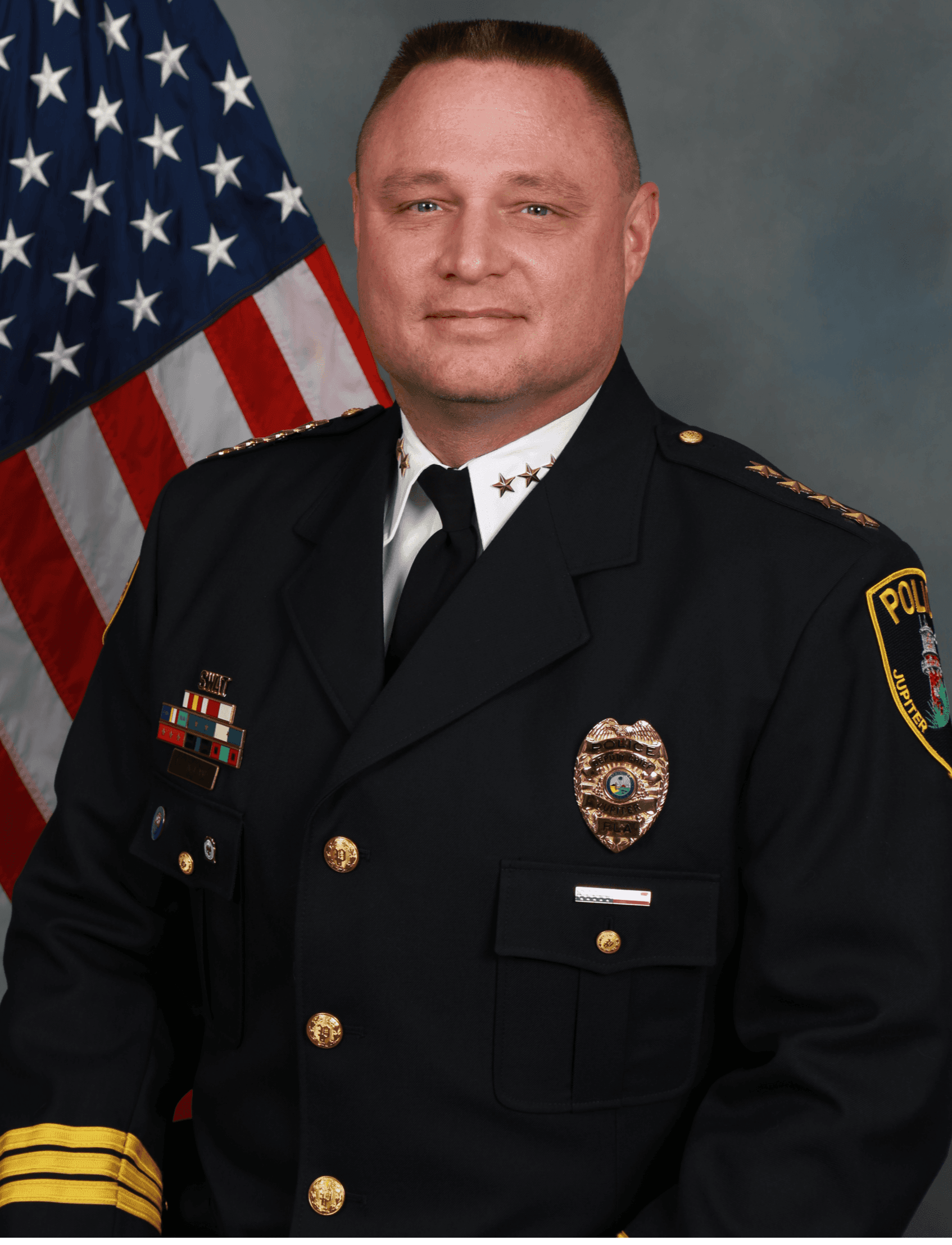 Since joining the Jupiter Police Department in 1998, he has served as a Field Training Officer, Firearms Instructor, Training Coordinator, SWAT Team member and SWAT Team Commander, and has Commanded the Administrative Services, Patrol Operations and Criminal Investigations Bureaus.

In 2018, he was named Deputy Chief of the Jupiter Police Department in support of Chief Kerr in the leadership of the department.

He holds a Bachelor’s Degree in Criminal Justice from Florida State University and a Master's Degree in Public Administration from Nova Southeastern University.

In September of 2011, then Major England graduated from the 246th Session of the FBI National Academy in Quantico, Virginia.

Chief England is married to his wife Karen and they have two sons.