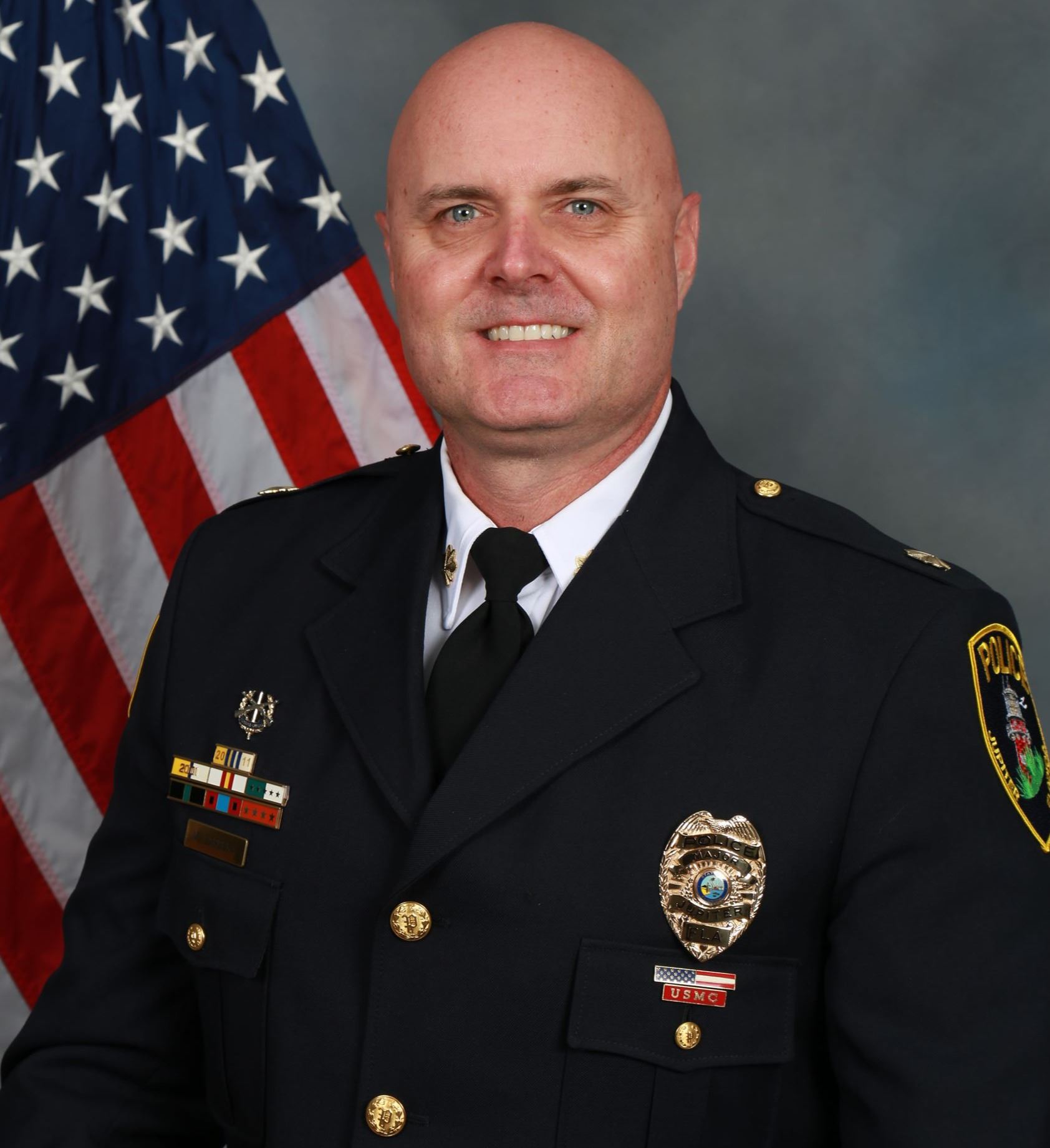 Deputy Chief Michael Barbera is the Deputy Chief of Police and is second in command in support of Chief David England.

Deputy Chief Barbera spent 4 years in the United States Marine Corps prior to joining the police academy and being hired by the Jupiter Police Department.  He has spent the last 25 years with the Jupiter Police Department and has served our community in several different positions within the department. Deputy Chief Barbera was a Field Training Officer, Street Crimes Agent, Detective, Detective Sergeant, Patrol Captain, Major and currently as the Deputy Chief of Police.

He was also Jupiter Police Department's Honor Guard Commander for the last 10 years.

Deputy Chief Barbera holds a Bachelor's Degree in Public Administration from Barry University and a Master's Degree in Criminology from Florida State University. 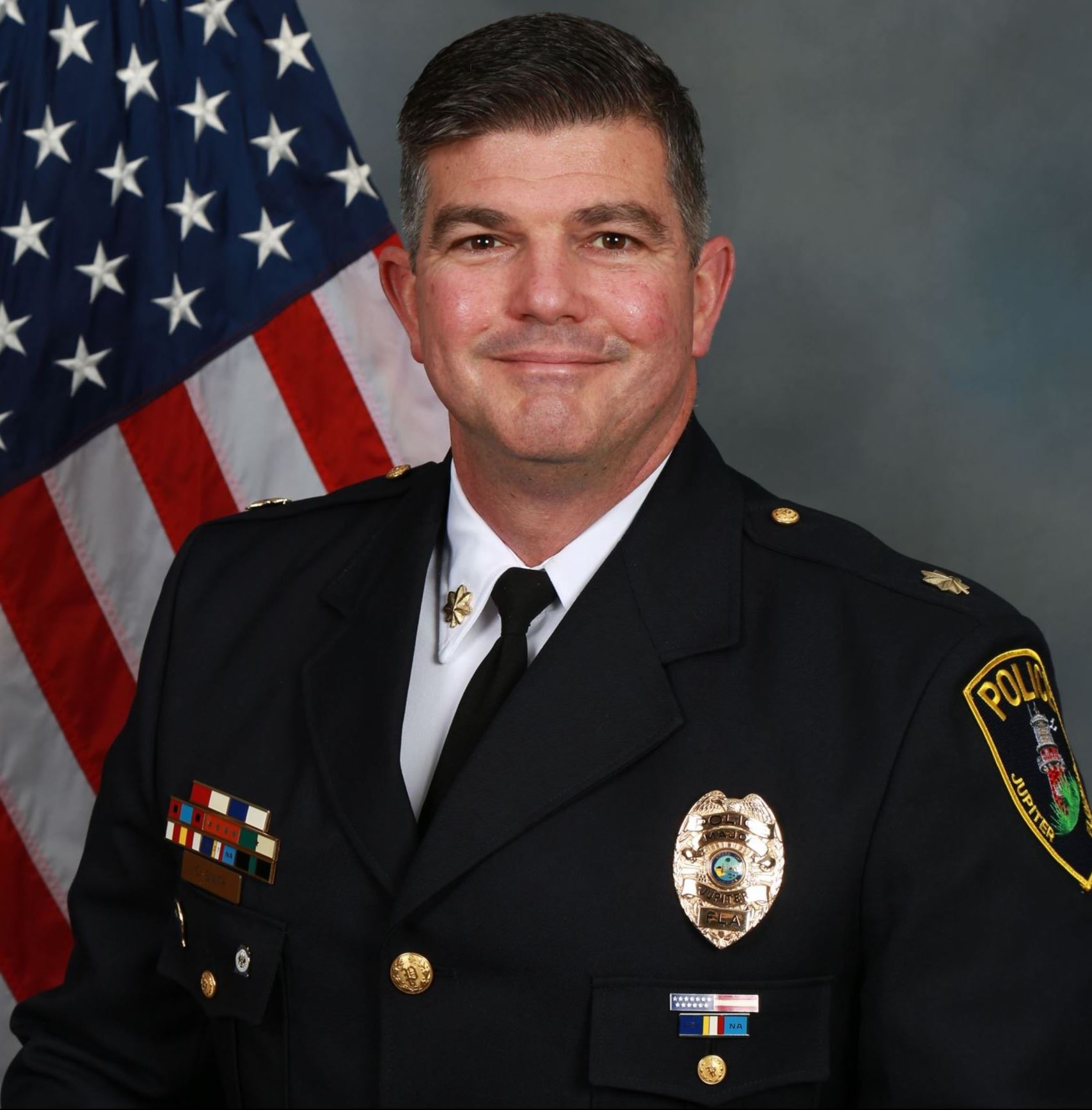 Major Christopher J. Smith began his career as a Reserve Police Officer with the Palm Beach Gardens Police Department in 1992. After joining the Jupiter Police Department as a full-time officer in 1993, Major Smith served in several different components of the agency prior to being promoted through the ranks to his first Command Staff rank of Captain in 2011 and then Major in 2014. Major Smith has commanded all three bureaus of the Jupiter Police Department during his career. He has served as a Field Training Officer and was a founding member, and eventual team leader, of the Hostage Negotiation Team.

Major Smith dedicated a significant portion of his early career to community outreach and problem-oriented policing, being assigned to both Community Outreach and the Neighborhood Enhancement Team. He has also been involved in several major projects for the police department to include the first implementation of notebook computers in patrol vehicles, the transition to a new Records Management and Computer Aided Dispatch system, and the moving of the agency into a newly built facility. Major Smith spearheaded the reinstitution of an Explorer program for teens interested in law enforcement and served as the Explorer Advisor during the first three years of the program.

Major Smith is a Palm Beach County native and grew up in the community in which he serves. He has an Associate of Arts Degree from Palm Beach State College and is nearing completion of his Bachelor’s Degree in Criminal Justice Administration from Columbia Southern University. Major Smith is also a graduate of the FBI National Academy Session #271. 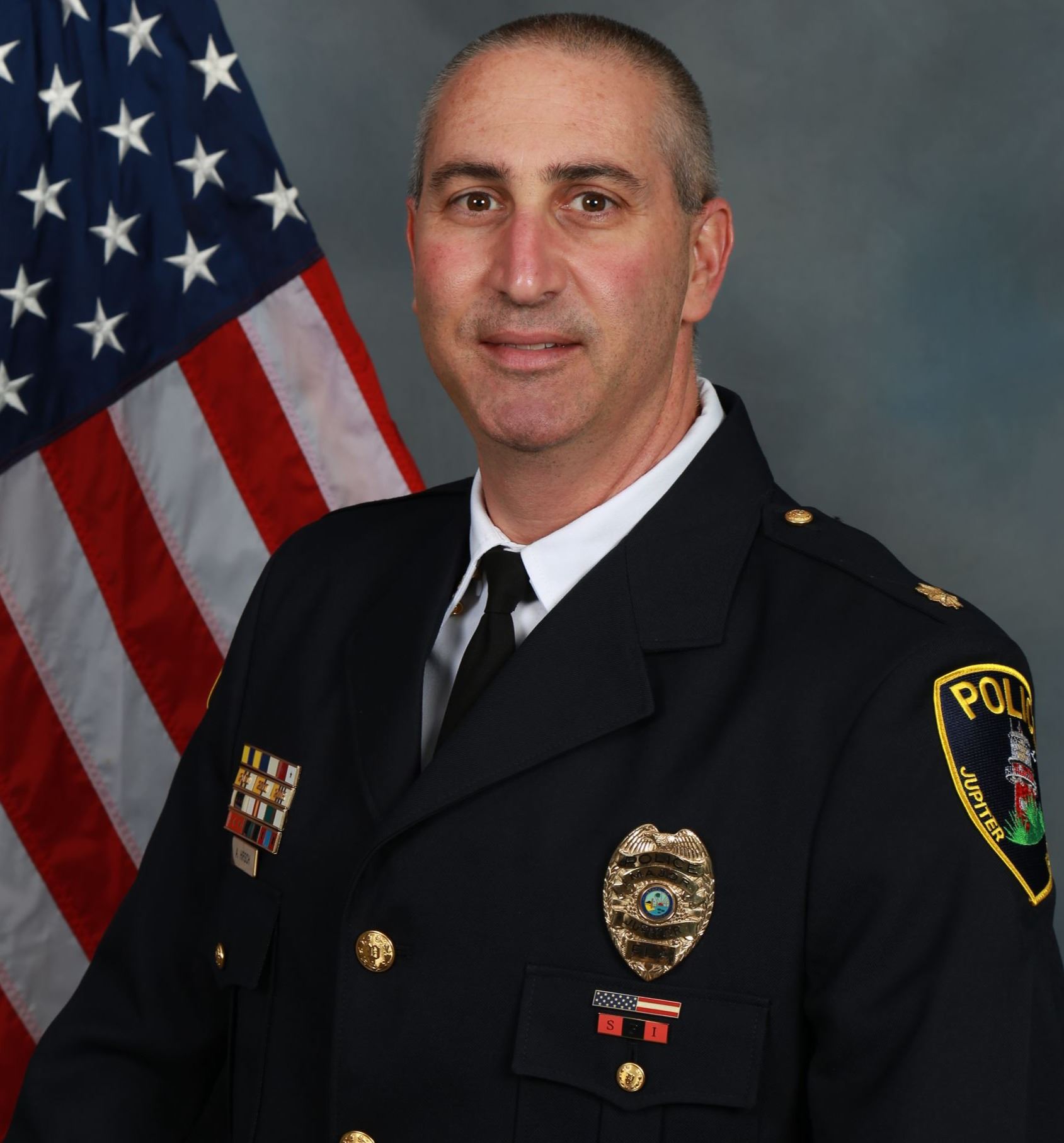 Major Adam J. Hirsch serves as a Senior Executive Staff Officer for the Jupiter Police Department, and is assigned as the Commander of the Patrol Bureau.

Major Hirsch holds an Associate in Arts Degree from Palm Beach Community College, a Bachelor’s of Arts Degree in Criminal Justice from Florida Atlantic University, a Master's Degree in Law Enforcement Executive Leadership from California Southern University, and a Master’s Degree in Criminal Justice from the University of Louisville.  Major Hirsch is also a graduate of the 139th Session of the Southern Police Institute Administrative Officers Course in Louisville, Kentucky. He has also attended the FBI’s Florida Executive Development Seminar, has obtained the FBI-LEEDA Trilogy Award, and the FDLE’s Leadership Academy. 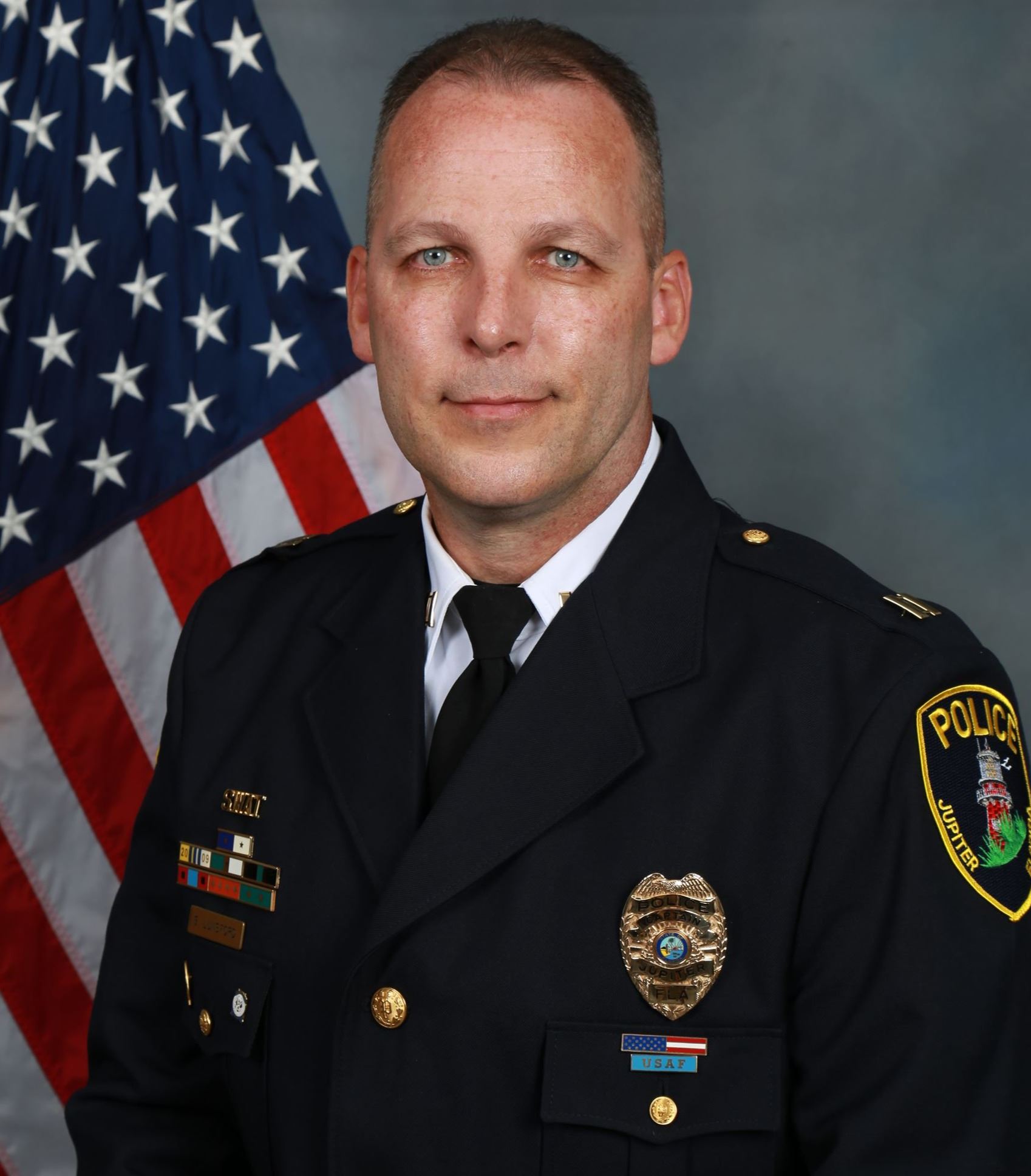 Major Shane Lunsford began his career with the United States Air Force serving as a Security Police Specialist prior to joining the Jupiter Police Department.  Since 1998, he has served our department and our community in several different positions.  Major Lunsford was a Field Training Officer, Training Coordinator & Fleet Manager, Patrol Sergeant, Special Operations Division Supervisor, Assistant SWAT Team Commander, SWAT Team Leader, and most recently District 1 Patrol Commander prior to his current position of Major.

Major Lunsford holds an Associate of Arts Degree from Columbia Southern University and is nearing completion of his Bachelor’s Degree in Criminal Justice Administration.  Major Lunsford is also a graduate of the DEA Drug Unit Commander Academy #76, and has obtained the FBI-LEEDA Trilogy Award.